Amanda Weissert has always loved animals. When she was growing up, she owned birds, guinea pigs, hamsters, snakes and cats. When she was old enough get a job she started working at Petscapes, in Elizabeth, Pa. In 2010 she graduated from the Vet Tech Institute and worked at several local veterinary hospitals. She is currently owned by 4 cats and cares for her mother's birds: a blue and gold Macaw, a Mluccan Cockatoo and a Senegal Parrot. She started working at Cat Around Town in 2014 as a grooming assistant and after years of training has become a certified master groomer. 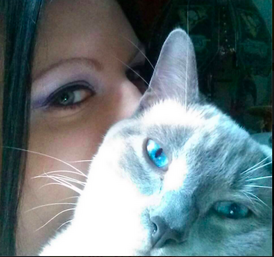 Justine Cosley has always been owned by cats. When her cat Alex was diagnosed with Feline Diabetes, Justine decided she wanted to work in the animal pet care field.  After graduating From West Mifflin Area High School in 1990, Justine (Baker) Cosley attended the veterinary assistant program at the Median School of Allied Health Careers (currently the Vet Tech Institute). She graduated in 1991 with a degree as a veterinary assistant and worked for 5 years in both clinic and emergency settings. While there, she acquired 13 cats. Yes, 13 cats. Justine was a sucker when people would bring cats and kittens that they had found on the street into the veterinary hospital. Her original brood included cats found in garbage dumpsters, near railroad tracks and even 2 feral cats. Some of them were brought in with special needs, including a kitten that was found by the side of the road. The kitten had a horrible upper respiratory infection but Justine nursed it back to health. It was soon discovered that the female kitten had lost an eye to the infection and her other eye was covered with scar tissue. That nearly blind female kitten was named "George Stark" and with only 1 eye, lived to be 16 years of age.
In 1997 Justine attended the  Pampered Pet School of Dog Grooming and graduated with a certificate in basic pet grooming. Justine worked in a local pet grooming shop for 4 years before opening "Justine's Doggy Styles" in Homestead Pennsylvania.
It was at GroomExpo in 2006 that Justine met Danelle German, founder of the National Cat Groomers Institute of America (NCGIA) and realized that there was a great need for specialized cat grooming  in the Pittsburgh Area. Justine had always owned, groomed and had a great love for cats. In 2008 she decided to stop grooming dogs and focus on advancing her cat grooming skills.
She changed the shop from Justine's Doggy Styles to Cat Around Town Grooming (C.A.T. Grooming;) and has been grooming just cats ever since.
Justine regularly attends Industry trade shows to keep up to date with the latest technology and education in the grooming field. She is a Nationally Certified Master Groomer with the NDGAA since 2007. Justine is also a Certified Feline Master Groomer and a remote certifier and trainer for the National Cat Groomers Institute.

Justine has been featured on the cover of Groomer to Groomer magazine in 2005. She was formerly an IJA judge grooming judge and is currently on the North American Model dog team and will be traveling to South Korea to compete. 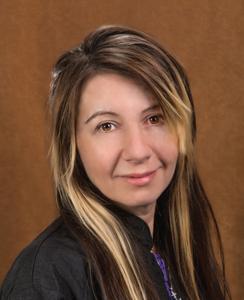